If you’ve been around for a minute on this little blog of mine, you know I started an 8 Week Decluttering Plan around the first of the year.  It definitely took me a little longer than 8 weeks to complete the process, but I’m done finally!  So I think it’s a good time to share a few things about what I learned and give you 5 guaranteed ways to get organized!

5 Guaranteed Ways To Get Organized

If you are tired of drowning in clutter and living in chaos, this is for you.  If those things don’t bother you (which is perfectly acceptable), this isn’t for you.  I know plenty of people who can look past a mess and not be phased by it.  I’m not one of those so I need these ways to make life run smoother.

I’m a pretty neat person, but I learned a few things about myself and my habits as I went through my house decluttering.  Now I know this 8-week project was technically “decluttering” and not “organizing”, but that brings up the first idea:

What?  I thought I was just cleaning out old socks and mismatched Tupperware.

Nope.  If you start getting rid of the clutter, you’ll find it’s so much easier to actually get organized.

If you find yourself going crazy looking for that one receipt you need to return something, clearly you need a system.  But if you go to the 18 piles of paper around your house and not one of them contains that elusive receipt, there’s too much paper.  Once you go through all the paper and clear out the junk, you’ll find that you can keep your papers organized.  Your receipts will now have a home.

And this doesn’t just apply to papers.  Take the kitchen cabinets for example.  Once you get all the old mismatched Tupperware cleared out, you can organize your cabinets.  No more mountains of junk falling out when you’re trying to make lunches in the morning.

Are your baking sheet pans out of control?  Think about it – do you actually use all of those?  When I worked on the kitchen organization, I had five baking pans I never use. 5!  It doesn’t sound like a lot, but those sure do take up a lot of real estate in my cabinets.

Once they were out, I could organize what I actually do use.  And I’ll be honest.  I did my kitchen organization weeks ago and I don’t miss one single thing I got rid of.  Not one.

Same with my closet organization – I can’t even tell you what got donated. But it was a lot. And I haven’t missed it.

It’s pretty much guaranteed that once you get the junk out, the things that actually bring you value in your home will fall into place better.  Less clutter = get organized.  You don’t need crazy fancy organizing systems although those can be super cool, but it’s not necessary.

Next up in this list are routines.  Organized people generally have routines.  Habits, routines, whatever you want to call them.

If you’ve just spent 8 weeks getting rid of the clutter in your home, chances are you want to keep it that way.

You worked hard to get the clutter out of your kitchen and off your countertops and other areas of your house.   If you now have a routine every night of clearing off counters and putting dishes away, you’ll wake up to a clutter-free kitchen.  Daily habits like this will eventually only take you a few minutes each day.

Commit to just 15 minutes a day if you can.  Walk around and pick up stuff.  Get the kids to help.  Set a timer if you need to.  If you put it into perspective compared to how much time we spend on social media or watching TV, 15 minutes isn’t that long.  But it’ll add up and make a big difference.

A prime example is making your bed each morning.  I know there are two distinct schools of thought on this idea.  Either you see the value or it’s completely pointless because you’re just going to get back into it at night.  I’m in the first group.  It makes me feel good to leave it neat and tidy.  Weird?  Maybe.  But it’s part of the routine of staying organized for me. 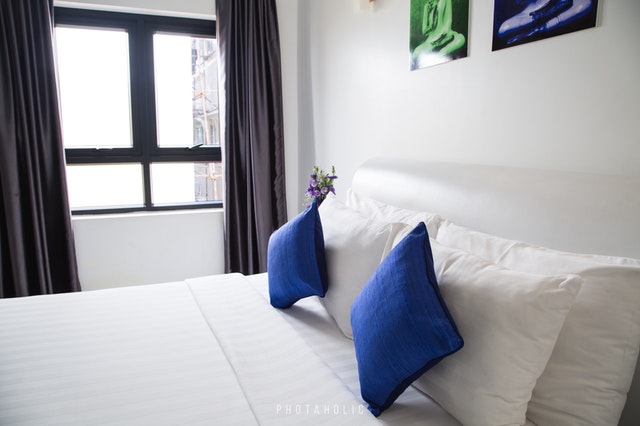 One thing you need to get organized is a plan.  Whether that’s a daily calendar, a sheet of notebook paper, or in your phone – organized people make a plan.

I’ve had to learn this,  especially when it comes to blogging.  It’s easy to get pulled in a million different directions and get off track.  I’ve learned if I take a few minutes the night before and map out my day on paper, I’m much more organized.  I know exactly what I want to accomplish and when.  It doesn’t always pan out to the tee, but it definitely helps.

I’m old school in the fact that I like to write things down and cross them off a list.  I tried a calendar on my phone, but it’s just not for me.  Whatever works, right?

Check out this post for some amazing planner ideas!

The best example I can think of when it comes to planning is meal planning.  Sit down on Sunday and make a list of what’s for dinner each night.  Make a list, shop, stick to the plan.  No more running around at 5:30 pm with hungry kids at your feet wondering what’s for dinner.  It saves you money too because you eat what you bought.  That’s always a plus.  Try it for a few weeks and see how much easier it is.

My hubs is in real estate and he does this when he has a particularly hectic day.  Get out the calendar at night and plan the day.  His day gets interrupted a ton by phone calls and other things, but at least he has an outline of what has to be done that day. 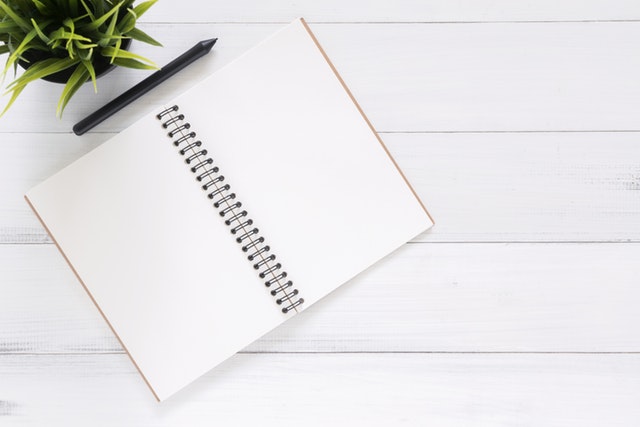 This one is tough sometimes.  “Retail therapy” is a real thing.  For a fleeting moment.  You’re at Target.  That dollar bin is screaming at you “come over here, look at me, buy me”!  Trust me, I’ve been there.  You’re shopping for pants and you see a cute shirt or some shoes for the kids (that they’ll likely never wear).  You’re at the sporting goods store for tennis shoes, but look at that brand new fishing pole!

Wherever you’re shopping, there’s guaranteed to be something there that looks appealing and you think you just have to have.

And you won’t miss it three weeks from now, but if you buy it, you’ll have more stuff in your house and less money in your bank account.

I’m not a minimalist by any means.  My house is full of stuff, even if it is mostly thrifted or repurposed.  But.  As I’ve been doing this challenge to declutter, I’ve realized how much stuff I don’t need or even want.  And I’ve made a real effort at staying out of the stores.  Including the vintage/junk stores which are my faves.  Because I just don’t need anything else.

Organized people don’t buy unnecessary stuff.  For the most part.  Now, this isn’t true in all cases, but generally speaking, you won’t walk into a super organized person’s house and have to walk through a mountain of clutter to get to the kitchen.

But.  Most kids (and I say most because I know there are some that don’t fit into this category) couldn’t care less what they are wearing.

Is it comfortable, can they run in it, and sit criss cross applesauce?  Those are pretty much the qualifications for kid’s clothes, particularly younger kids.  I know when they get to middle school, I’m sure it all changes.  But when they are little, do they really need 18 smocked dresses or 12 polo shirts?

Nope.  They don’t.  Don’t waste the money or effort.  You’ll be frustrated because you have all these unnecessary clothes that they hate to wear, and you’re the one getting stuck trying to figure out where to put all that stuff.

Maybe you’re not the most organized person.  Maybe you have tons of clutter.  I can 100% guarantee you it won’t work if you wake up one day and proclaim to the world that you are going to become a minimalist immediately.  You’ll get overwhelmed.  You’ll get frustrated and you’ll quit.  And you’ll continue being unorganized and clutter ridden.

Start small.  That’s why I broke up the 8 week declutter challenge into 8 weeks.  I know that with working, parenting, and keeping up a house, it can’t all get done in a day.  I missed a lot of weeks because life happens.

Things just suck sometimes and your best intentions just don’t happen.  But, knowing I wasn’t trying to build Rome in one day made it easier.  I could get to it one space at a time.  Some took longer than others.  And that’s ok.  I just focused on one area.  Pick an easy one first to get some momentum going.

Don’t think you can or have to do it all in one day.  Build some new habits – what’s the rule?  28 days to a new habit?  Something like that anyway.

So just to condense it:  5 Guaranteed Ways to Get Organized:

And in case you missed it, here’s a recap of the 8 week declutter challenge:   You can find all the links to each week there.  Nothing crazy fancy, not $100s of dollars spent on bins and such – simply getting rid of stuff and making spaces work better in my house.

One of my favorite examples of how you won’t miss it when it’s gone is our Playroom Makeover.  I did this room as part of a $100 Room Challenge.  It took a lot of time to clear out all the junk that my kids never played with because it was pretty much a disaster at first.

And guess what? Not once have they asked me about the stuff that got donated.  They helped with the decluttering – I didn’t sneak things out (which is perfectly acceptable too!).  So they know what left the room and they haven’t missed it.

In fact, we have more room to play games, make art projects, draw – whatever.  There’s not loads of unwanted junk in our way.  I think it’s safe to say that if they haven’t missed it in 4 months, they probably won’t!

Try it.  Even if for just a month.  See how much of a difference it makes.  Less clutter generally equals less stress.  And I don’t know many people who wouldn’t love just a little less stress!

Check out all the other weeks in the 8 Week Declutter Challenge for some motivation to finally get organized.   I spent 7 of those weeks focusing on specific spaces in the house and the last week was pretty uneventful and not really blog material.

I walked around my house with an unused laundry basket and if I didn’t love it, use it, or need it, it was gone!  Mostly decor stuff, but whatever it is, if it’s taking up space in my house and shouldn’t be then it’s outta here!  Nothing crazy or dramatic, just getting rid of clutter.

Happy organizing and don’t forget to Pin it! 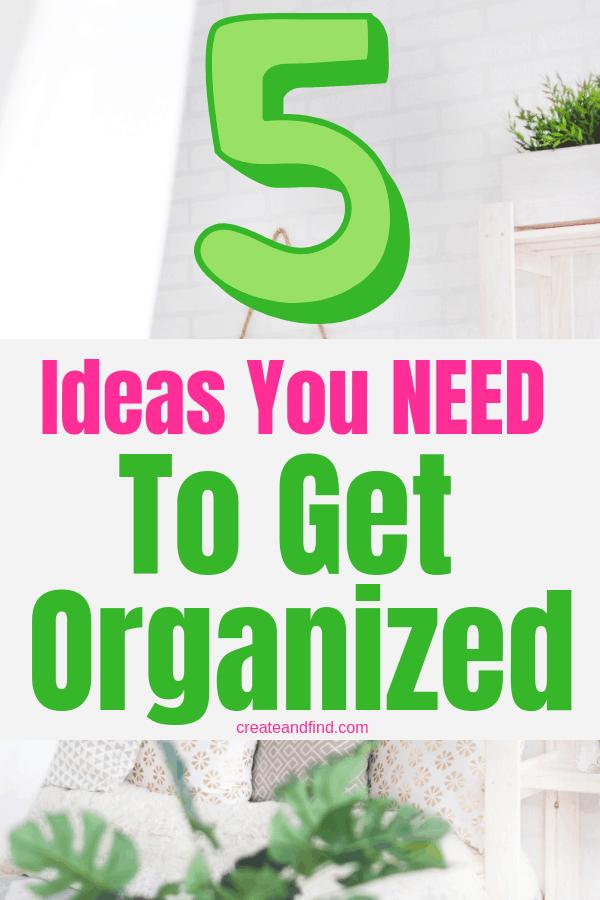 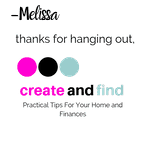