So this is a random post, but it’s on my mind.  If you don’t have kids or even adults in the house that know what that title, Fortnite Creators, means, you’ll probably skip right over this one.  But.  If you’re one of us:  a fellow Fortnite mom/dad/sibling/roommate/spouse – whoever you may be, you know exactly what that title is in reference to.

Fortnite has invaded my house.  I didn’t invite it.  There wasn’t a  “vacancy” sign on the Xbox, but it came over, brought its toothbrush and spare clothes and never left.  So here’s my thoughts on what I think about this new resident of my house. 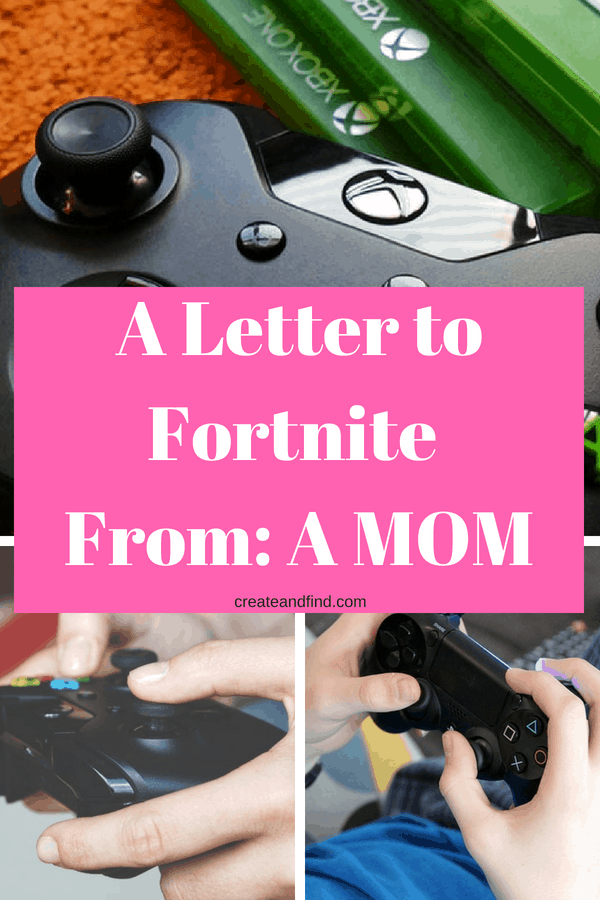 I’m writing a little letter to the Fortnite creators. 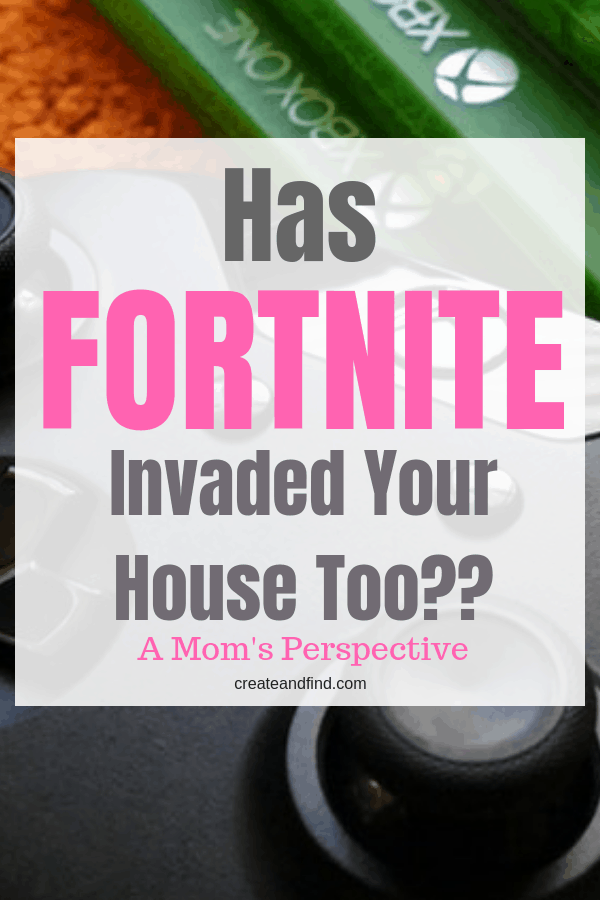 First of all, you are pure genius.  That’s right.  Genius.  A free Xbox game – free!  As in whoever you are, no matter if you’re a six-year-old whiz on the Xbox that has zero dollars to his/her name or a 22-year-old college kid that should be thrifty with the cash –  you can be a part of this.  Come on in.  It’s free!  You need an email address – check.  Anyone can get that.  And no money.  Check – anyone can qualify for that too.  And once you’re in, you’re in.  And guess what?  We’ll even give you a generic character, a pick axe,  and dance moves for free.

Pause the letter – let me back up.  When I first heard of an Xbox – the games were and still are expensive.  As in $60+ for some of them.  For one game!  It would take my ten-year-old over 10 weeks to save up for one of those bad boys.  Ten weeks to a ten-year-old is an eternity.  But, enter Fortnite, circa 2017ish.  All money woes aside, now a 10-year-old can get a game for FREE!

Back to the letter:

Fortnite – you’re pretty darn cool.  I’ve played you.  I’m probably the worst Fortnite player on the planet because that flippin Xbox controller is way different from the Atari and Intellivision controller.  Here’s looking at you Burger Time!  Anyway, I missed the boat on video games.  I had a Playstation in college and played a million too many Crash Bandicoot games, but it’s nothing like the Xbox controller with its 50 eleven buttons – one to shoot, one to change weapons, one to move, crouch, jump, build – whatever.  I can’t do it.  But, I still play because my kids love to laugh at me and it’s great to be a part of this epic part of their lives.

Epic.  That’s right.  Now don’t go getting all crazy on me, thinking I let my kids play Fortnite all day and all night.  Nope.  We have rules, limits, and all that good stuff.  My kids are physically active, love school and also love video games.  Please – no judgment.  There’s enough of that in the world.  But, every parent knows it’s great to be in on something they like that doesn’t cost you money.

But wait – if it doesn’t cost me money, how are you Epic Games reported to potentially be worth 8 BILLION DOLLARS thanks to Fortnite Battle Royale?

Oh, here comes the genius part again.  Because, my unsuspecting friend, there are skins, pick axes, and dances, battle passes and more that can be bought.  For a minimum of $10 each.  That’s right – to my knowledge, you can’t get anything for less than $10.  Now you don’t give them $10 and get a skin.  You buy V-Bucks.  Yep – you’ve even got your own currency Fortnite – well-played.  And these elusive V-Bucks, elusive because they require money, – and in my house, a 10-year-old doesn’t have access to unlimited cash,  will then get you the latest and greatest skin or dance.  But don’t wait too long or your fave won’t be in the shop!!

Again, genius.  Get it before it’s gone.  If you miss out on Groove Jam tonight, who knows when it’ll be back???

Let’s pause and talk about those dances for a sec:

Why are you trying to pull on my Napoleon Dynamite loving heart-strings with “Groove Jam”?  “Of course I’ll get you some V-Bucks – you know how much I love Napoleon”, says irrational me to my kid.  I can see you laughing all the way to the bank Fortnite creators.  And Seinfeld – you busted out “Jubilation”.  And “The Floss” – every school aged kid I know flosses at some point during the day.  Or all day.  So of course, you’d make a Floss dance.  References to Scrubs, Dumb and Dumber, Snoop, Gangnam Style, Carlton Banks, and hey – Don’t forget about Orange Shirt Kid.  That’s right.  Just google Orange Justice, orange shirt kid.  Hey – for the record kid – you should’ve won that contest in the first place!

But wait – how the heck does a ten year old have a clue that these super cool dances even reference anything?  Because of YouTube my friend.  If you search YouTube for “Fortnite Dances”, the second result that comes up is all the dances from seasons 1-4.  And it has 12 MILLION VIEWS!  12 million.

Wait, what?  Seasons????  As in like a series?  Yep.  Another brilliant move and hats off to you creators.  It’s not just the same old graphics, the same old dances, and the same old skins.  Nope – there are seasons of Fortnite.  And you guys don’t just say, “hey, welcome to season 5”.  No, no.  There’s drama.  Craters, meteors, new locations, bigger weapons, “playground mode”, and more.  I’m not kidding you – my kids and the rest of the neighbor kids were so excited to see what happened with the big meteor strike this year.  Epic.  For real.

Skins?  WTH are those?  Only a closet of characters for you to choose from:   Do you want to keep cruising around pretend killing folks in the same outfit forever?  Gosh no.  I’m gonna need a new outfit for my next victory royale for sure.  Do I want Tomato Head or the Candy Crush girl, a Viking or an Army character – and even an 80s workout girl/guy???  What the what?  Again, here comes the genius part.  You smart creators are appealing to our sense of nostalgia and it’s working like a champ.

And they aren’t gender biased.  There are girl skins and guy skins and anyone can be whoever they want.

But, don’t go yet.  You’ve bought this cool skin.  You need the matching pick axe and glider.  Look how cool this one is!  It shoots out lightning sparks as your gliding towards your next destination on the Fortnite map of fame.  Or this one plays music like an ice cream truck and matches her cool outfit.  And I’m not judging.  I love them.  They are creative and fun and who wouldn’t want a bajillion V-Bucks to use for them?

And hold on a second:  There are Llamas!  That’s right.  Elusive llamas that contain loads of loot.  Who can resist a Llama?  I’m not kidding – the llamas alone would’ve made me consider this game! 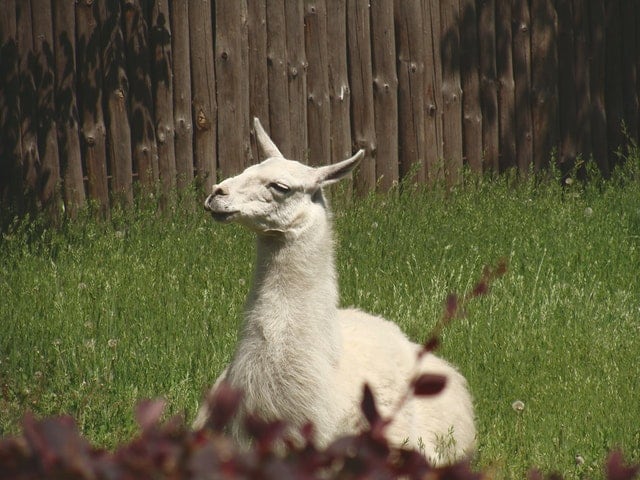 Here’s what I love about Fortnite:

Here’s what I don’t love about Fortnite:

No matter if I love or hate it, it seems to be sticking around.  I’ve seen a few phases that have come and gone, especially with my son’s age peeps.  Minecraft – you were so fun once.  Terraria – never did understand what you were, but you’re in the back of the video game closet now, Roblox – again – you’re old news to them now.  Welcome home Fortnite.  You’ve made the cut.

But Fortnite seems to be a resident here for a while.  So, hats off to you genius video game Fortnite creators.  You’ve done it.  A “free” game that has the attention of the world apparently (umm, 8 billion dollars worth of attention).  But I’ll continue to monitor you and limit you in this house.  And I’ll enjoy connecting with my kids over your genius invention.  Who knows, maybe they’ll be inspired to develop the next latest and greatest Fortnite? 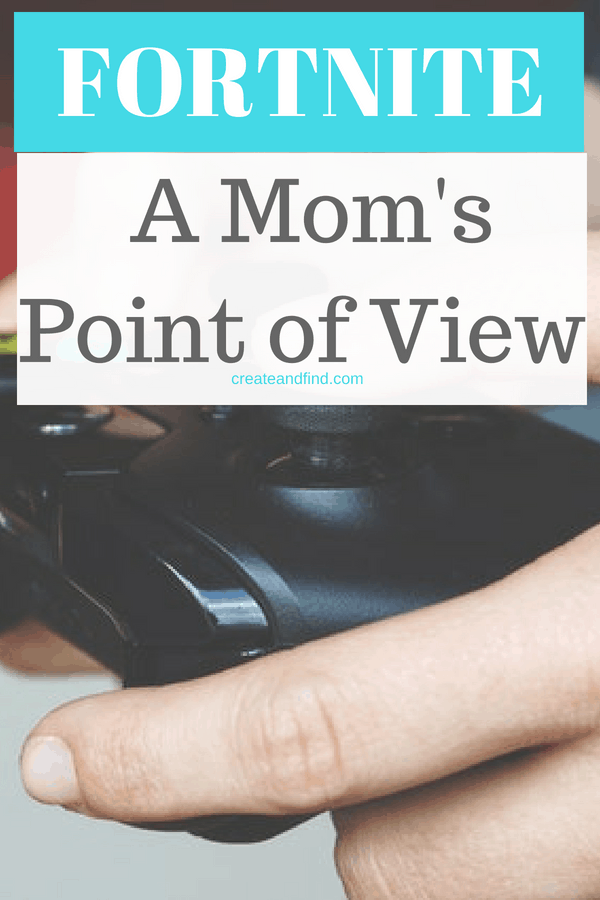 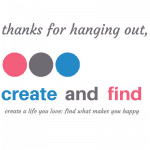